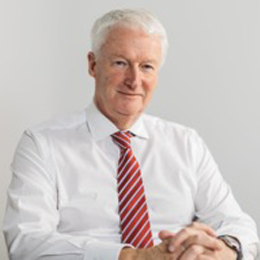 Following retirement as a highly respected Judge of the High Court, Iarfhlaith mediated and settled several highly contentious High Court actions. He currently chairs a panel of ten evaluators resolving the Depuy Hip Implant litigation through ADR processes and serves as a government appointed Independent Assessor in litigation affected by a decision of the European Court of Human Rights.

An Accredited Mediator, Iarfhlaith has significant experience of all types of commercial, professional and financial disputes. He also has substantial expertise in probate disputes and construction issues arising from 10 years as the Probate Judge in the High Court and 9 years involvement in the planning and overseeing of numerous courthouse construction projects on behalf of the Court Service.

1989 to 1995: Vice-Chairman of the Employment Appeal Tribunal

Iarfhlaith is married with an adult daughter. He is proficient in Irish and likes to read history and economics. A champion rower at college, he enjoys golf, cycling and whenever he gets the chance, swimming in the Atlantic.