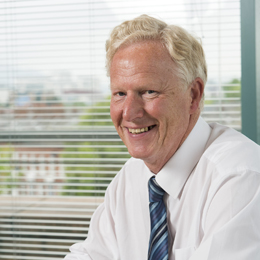 Sir Paul Girvan, recently retired as Lord Justice of Appeal in N. Ireland, is widely acknowledged as one of the province’s most distinguished judges. He has, for twenty years, been a leading judicial authority in the fields of Public Law, Chancery, Human Rights, Commercial and Property Law. An active member of the Privy Council Judicial Committee, he has sat on appeals from Jamaica, Trinidad & Tobago and Mauritius.

Sir Paul’s legal interests and appointments extend to diverse areas. In N. Ireland he has been Chairman of the Law Reform Advisory Committee, the Land Registration Committee and the Judicial Studies Board. For 15 years he served on the N. Ireland Supreme Court Rules Committee. He has also been Northern Ireland representative in the Franco British Irish Judicial Colloque and President of the N. Ireland Medico-Legal Society.

Sir Paul has completed The Queen’s University Mediation Training Course and is an Associate of the Institute of Arbitrators. He is looking forward to bringing his knowledge and expertise to the field of Alternative Dispute Resolution.