The Irish solution to some difficult issues – a rolling compromise?

Since 2017 the Republic of Ireland has a Mediation Act which aims to provide a structured development for ADR processes whilst seeking not to be too prescriptive. The legislation has its origin in a detailed report of the Law Reform Commission to whom an impressive number of interest groups made representations on how the evolving and popular processes of ADR should be fostered and developed.

There is a substantial body of anecdotal evidence to suggest that an increase in the use of mediation in civil and commercial matters in Ireland has developed, not only through the robust encouragement and intervention of Judges, but also through an increasing, client-driven desire for swift, cost efficient, flexible and consensual arrangements that allow opposing parties to retain considerable autonomy in the dispute resolution process.

Regrettably, there is also anecdotal evidence of problem issues: some mediators have adopted overly forceful efforts to dictate rather than facilitate solutions and these have damaged some potential dispute resolutions as well as the reputation of the process; some involved in mediation have expressed concerns that it should not become “over-lawyered”, resulting in the side-lining of non-lawyer mediators; others believe that overly rigid legal prescription of the content or procedures in voluntary mediation may be harmful to the success of the process.

It is a major concern that those who act in the role of mediator should be properly trained to become proficient in all the skills necessary for effective mediation and that uniform and high professional standards should protect the professions and the public. Whilst some professional bodies regulate the general conduct of their members, the reality is that in Ireland and the United Kingdom there is no uniform, recognized qualification for those who hold themselves out as providers of mediation services.

The Irish solution is to postpone resolving the thorny issues of training and accreditation for mediators while providing a framework for future resolution. The Act sets out a mechanism for a progression towards proper recognition and accreditation which will involve a yet-to- be-formed body called the Mediation Council of Ireland. When duly constituted, it will have not less than eleven members of whom five shall represent bodies promoting mediation services and six shall represent “the public interest.” When there is such a body, the Minister will make an order bringing it into existence for the purposes of the Act.

The statute provides that the Council shall:

(A) Promote public awareness of and provide information to the public, on the availability and operation of mediation in the State.

(B) Maintain and develop standards in the provision of mediation, including the establishment of a system of continuing professional development training.

(C) Prepare codes of practice for mediation for approval by the Minister and oversee the implementation of any code or practice published under Section 9.

The establishment of the Mediation Council is a progressive but not restrictive approach to providing leadership concerning how ADR in Ireland may be developed and structured. The thorny issue of “how” remains unsolved. The first task will be to find an adequate number of experienced individuals with the time and energy to form a parliament of views sufficient to fulfill the requirements of the Act. 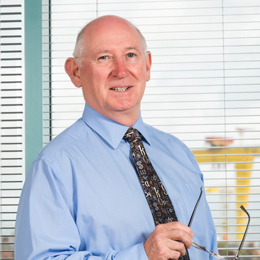