Parties involved in construction disputes may have a choice of four methods of dispute resolution: litigation, arbitration, adjudication and mediation. Those other than litigation are commonly referred to as methods of “alternative disputelitigation” (ADR).

Litigation is a long, expensive and adversarial procedure. A dispute can take years to resolve through the courts with the ever-present possibility of an appeal. The cost to the parties is expensive and open ended and often the party with the economic ability to endure the process has an unfair advantage.

Arbitration is an adversarial process but with a number of advantages. First, it is a private form of dispute resolution where the parties can agree on the person to decide their dispute. This means the parties can choose a decision maker they trust. Second, it offers a quicker and more streamlined approach than the courts as the arbitrator can personally ‘manage’ the case from start to finish. This means that the process moves more quickly to a conclusion. Third, arbitration awards are not appealable so there is finality and certainty.

Arbitration procedures are entirely up to the parties. Procedures can be made part of the agreement, or the parties can agree them between themselves or with arbitrator. This flexibility allows parties to the dispute to “cut cloth to measure,” so to speak. The parties can choose the procedure that best suits their needs and the nature of the dispute, whereas court procedures are “one size fits all.”

Adjudication is a form of dispute resolution that applies in construction disputes. Such disputes often require swift resolution because they occur in the middle of construction activities and the disputing parties need a resolution in order to move on with and complete their project.

Adjudication offers a speedy process for a quick decision, but not necessarily a permanent one. An adjudicator’s decision is an interim one, enabling the parties to proceed with construction pending the final resolution of the dispute. In both jurisdictions, an adjudicator’s decision is binding only until the dispute is resolved by a court, by arbitration, or where the parties agree to be bound by it (article 7(3) of the 1997 Order and section 6(10) of the 2013 Act). The timetable for adjudication is remarkably short: 7 days for the referral of the dispute to the adjudicator and 28 days for a decision, with a possible extension of up to 14 days where there is consent (article 7(3) of the 1997 Order and section 6(5) of the 2013 Act). Unlike an arbitration clause, the inclusion of an adjudication clause is mandatory; the right to adjudicate must be present in a construction contract.

Mediation is a process that parties to construction contracts are finding increasingly attractive. Section 2 of the Mediation Bill 2017 in Ireland describes mediation as “… a facilitative voluntary process in which parties to a dispute, with the assistance of a mediator, attempt to reach a mutually acceptable agreement to resolve the dispute …”. The adversarial nature of other processes can interfere with or even damage relationships. This is problematic in a construction, especially in a small market such as in Ireland, where parties might have a dispute about one issue but genuinely want to maintain a good relationship because they want to work together again.

Mediation offers a non-adversarial process whereby the parties are assisted to arrive at their own agreed means to resolve a dispute. Mediation can be particularly useful where neither party wishes the dispute to interfere with a potentially long term, beneficial relationship.

To be sure, speed of resolution is an important consideration, but it is not the only criterion that the parties to a construction dispute might take into consideration when deciding how to resolve that dispute. Adjudication, arbitration, and mediation offer confidentiality, which is not a feature of the courts, where the identity of parties, facts, and evidence are all made public (for the most part). Publicity is rarely welcome by parties to construction disputes.

Legal costs are another important factor. Litigation is generally the most expensive tool for resolving disputes. Arbitration can be expensive because the parties must pay the arbitrator’s fee, but this is usually offset by benefits of a speedy and final decision. Parties who have confidence in their choice of arbitrator are usually content to pay the price for a prompt and reliable decision by their chosen arbitrator. Mediation is not inexpensive but the parties usually split the cost of the proceedings and as most disputes do resolve, the overall savings produced by a resolution certainly outweigh the expense.

The interim nature of adjudication requires the involvement of a court or arbitrator (absent agreement to be bound by it), which may add additional costs. Though it has the benefit of speed, the overall benefits are less certain. Because mediation offers a speedy, cost effective and non-adversarial process that can preserve a business relationship between the parties, it may be the best option of all. 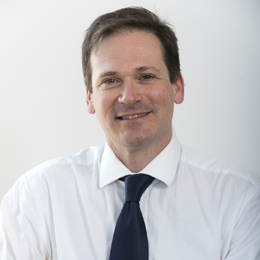